Or maybe I should have named it "the transformation"
Popshot kindly donated his leftover frame from his Mambo"esque" trike
https://atomiczombie.com/forum/threads/mambo-esque-trike.260/
Thank you very much.
My plan is to make some minor changes to make the tadpole ridable again.
Popshot project used massive fat tyres, mine doesn't,
So first task was to make the rear frame narrow again to handle a normal wheel , so some brut force was needed, 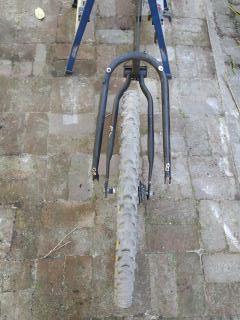 And the frame was narrow again, but needs some readjustment. The top part of the rear frame to be altered later.
The frame was also to long so I cut off the front of the frame. 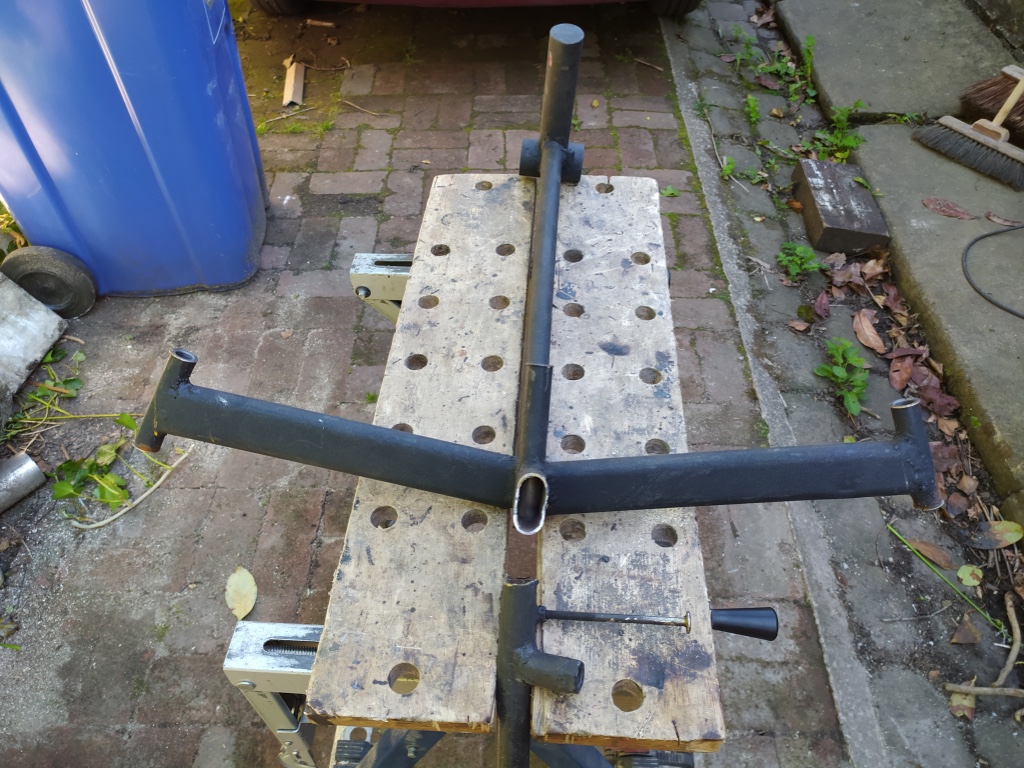 And It also only 500mm between the headtubes which is to narrow for me and I don't think the headtubes angle will suit my wheel, so 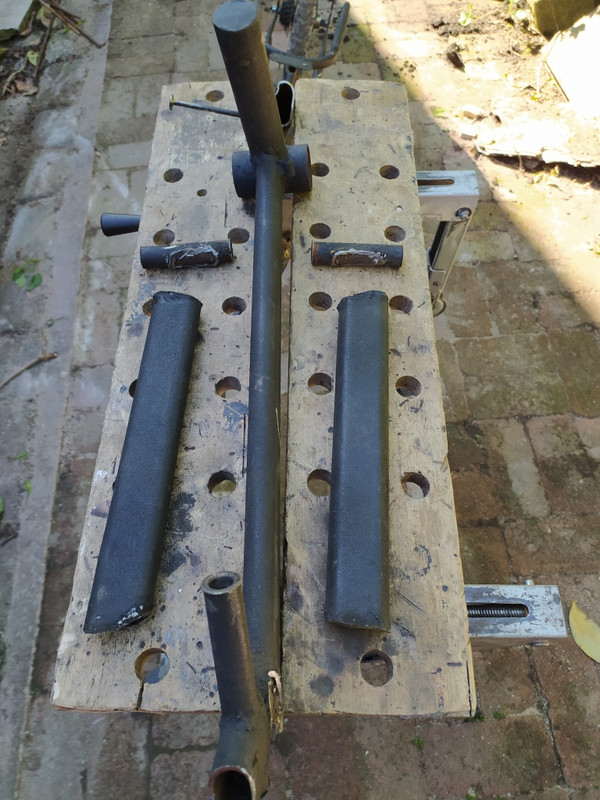