I built a viking tandem. Mostly followed the intructions. Except the drivetrain. I used a conventional tandem drivetrain because it was easier to find than another scrap bicycle and because the instructions didn't make sense. The rear cranks were a fixed speed and gained no benefit from shifting, at least as I understood the instructions. maybe I read it wrong. Anyway mine uses normal tandem synchronized cranks with biopace gears to an 8 speed mountain cassette on a 24" rear wheel. It weighs a ton so the low gearing and smaller wheel give needed torque for climbing. There is a linkage for steering from the back(my) seat. Rear also controls the gears. Front seat can also steer and has a better view, which is why I let the secondary power unit ride there. I dislike the word 'stoker' since this isn't a steam engine with a firebox; nobody adds coal to anything, and thats what that word means. 'Stroker' might be appropriate if that is all they did, but the other seat steers, too. So I'm gonna go with 'front' and 'back' seats. Front steers, back shifts and steers. Both pedal in sync. The rack has mounting brackets for saddlebags from an '84 Yamaha Venture motorcycle, not mounted. They've got tons of space but are very heavy, relative to a bicycle. I'm probably going to use them for batteries when I add an electric assist. My front seat rider is not quite as good at pedaling as I am, and we could use the help.
Anyway, Pictures: 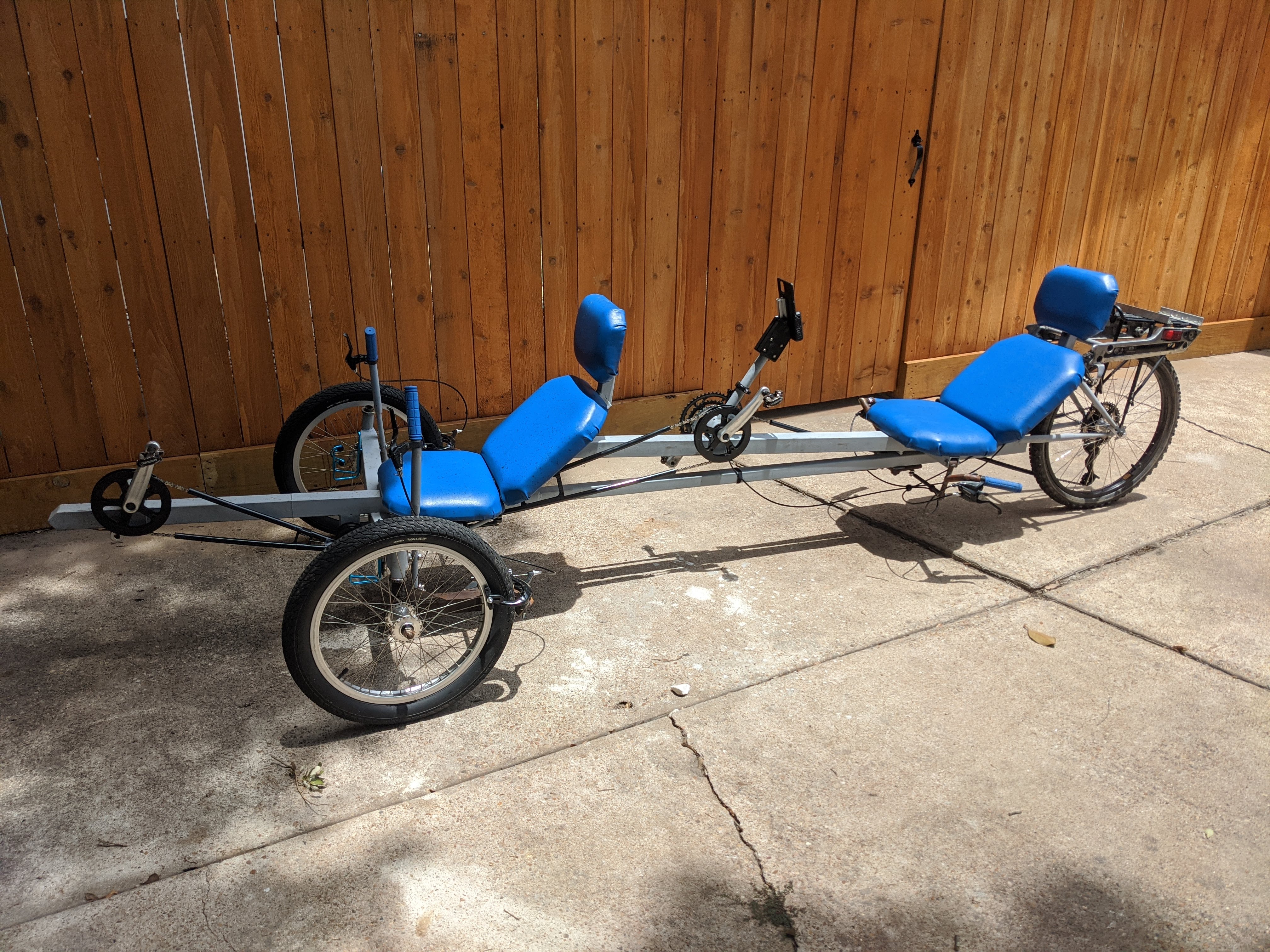 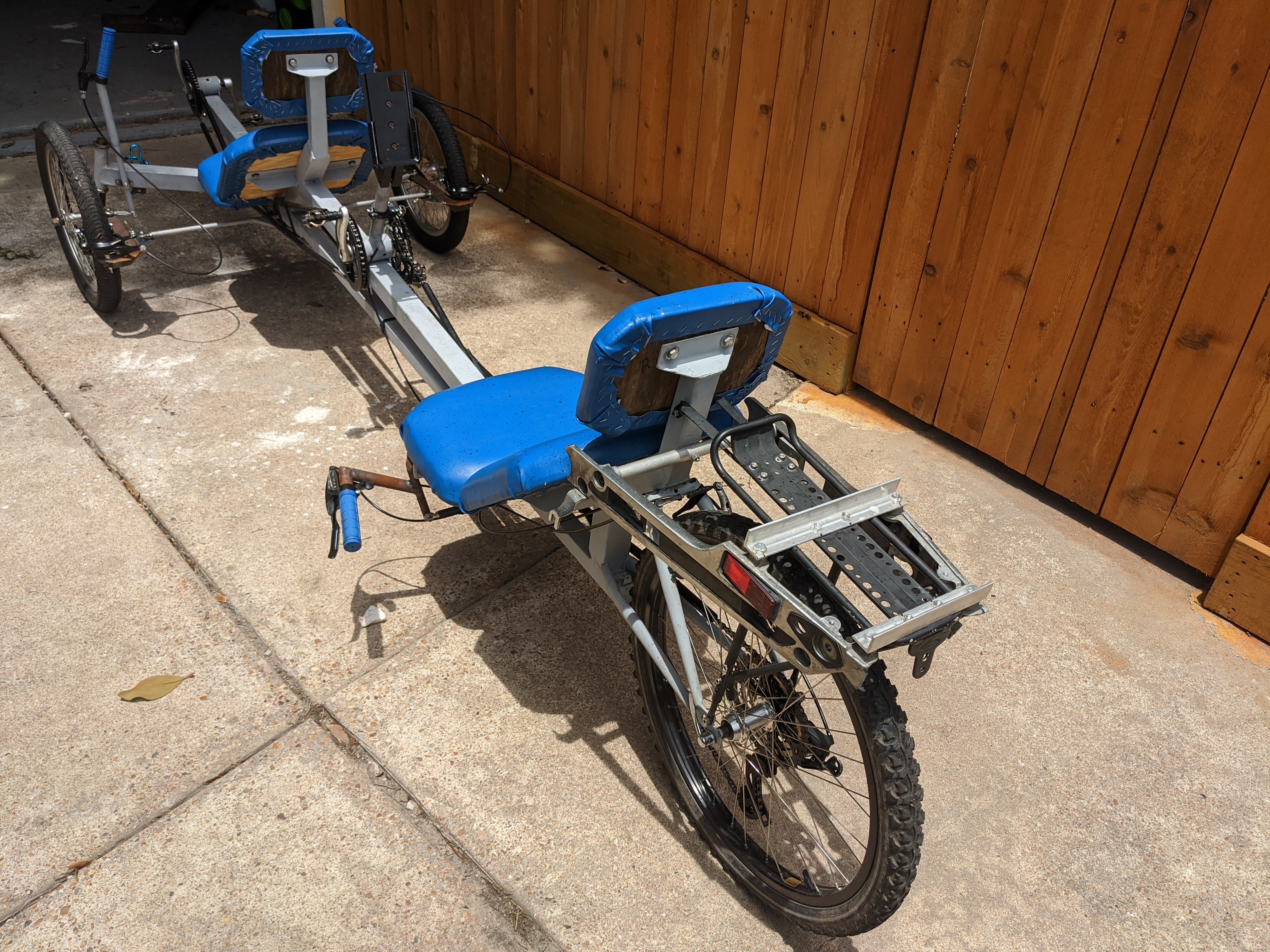 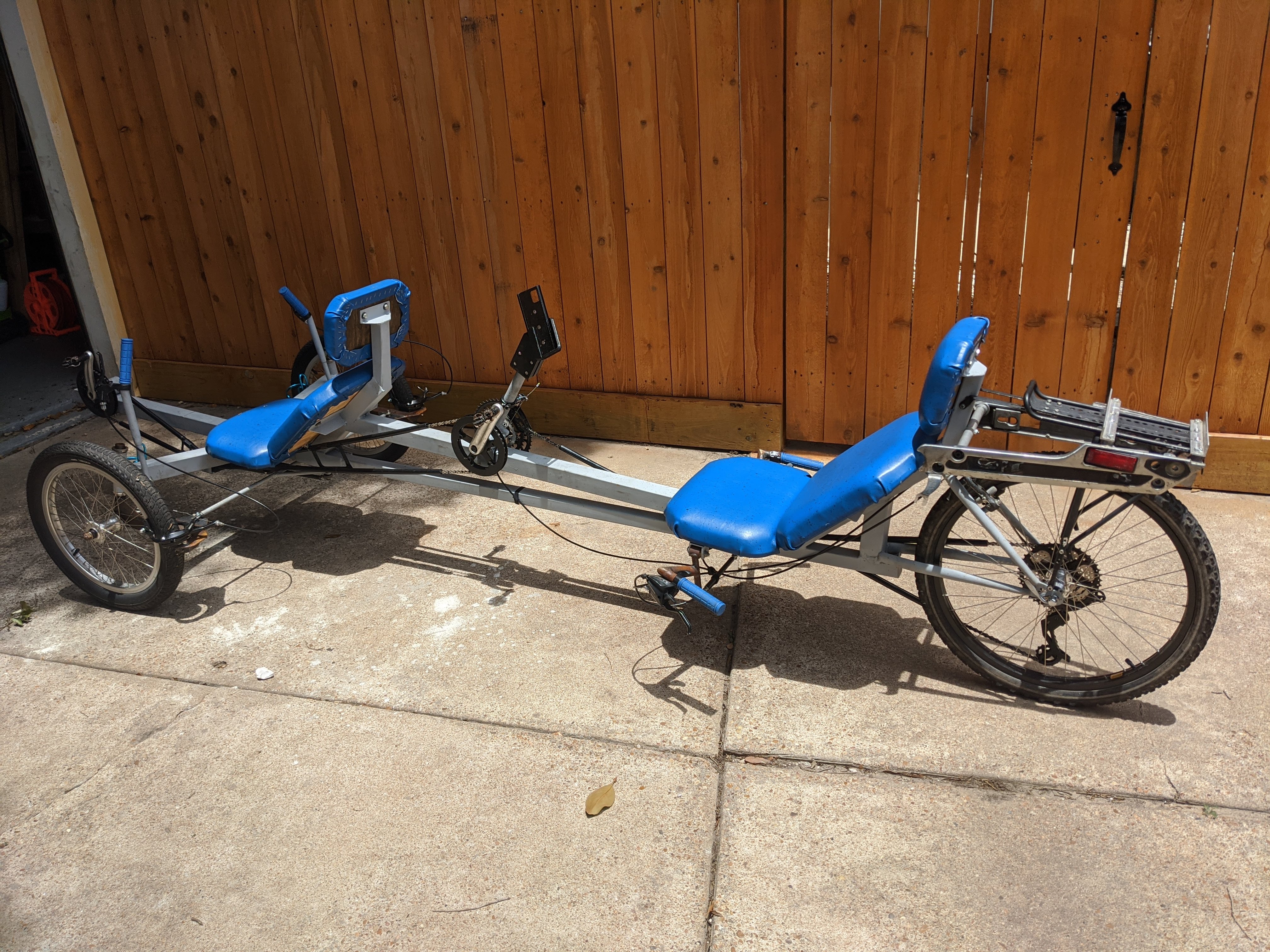 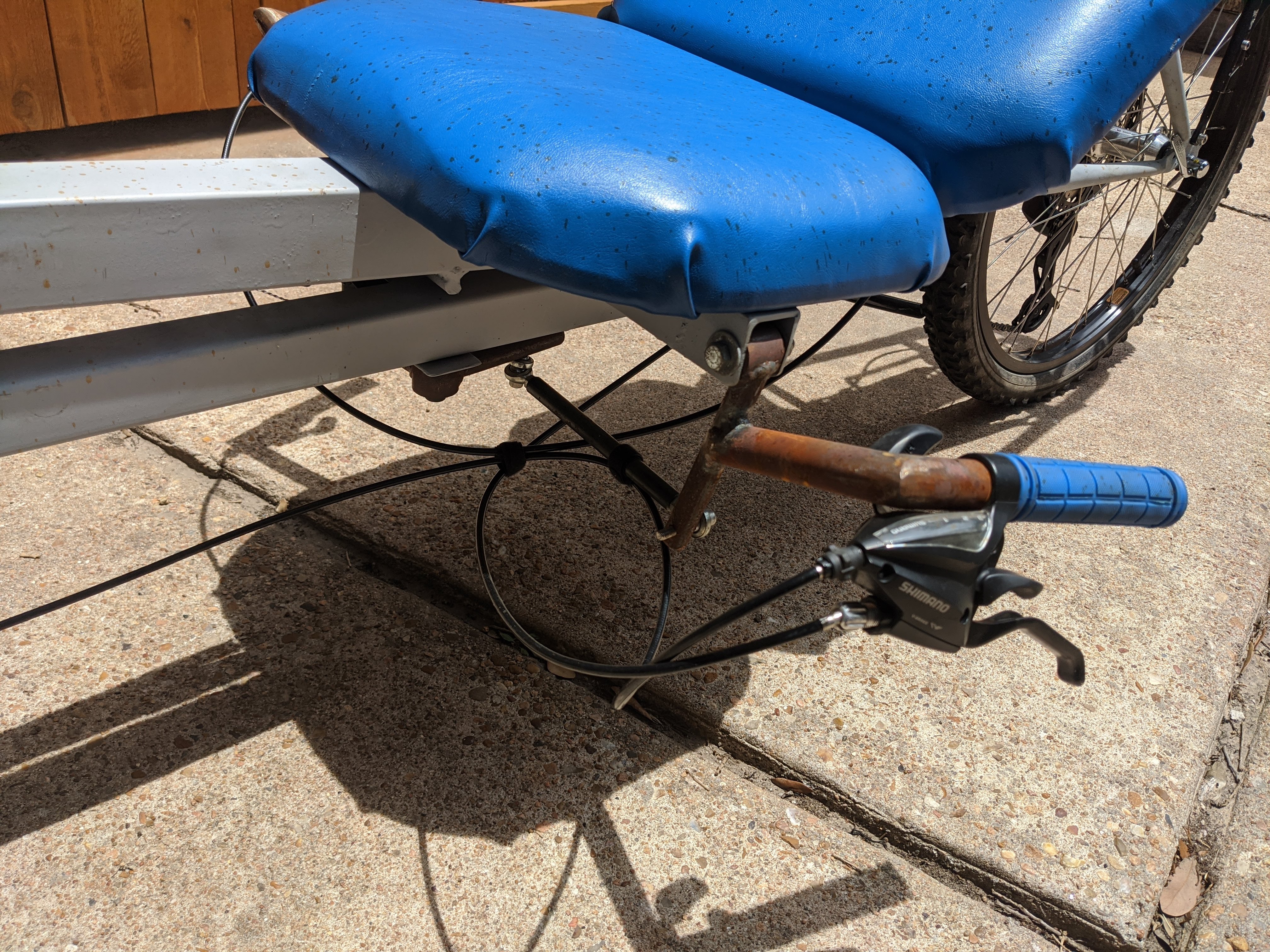 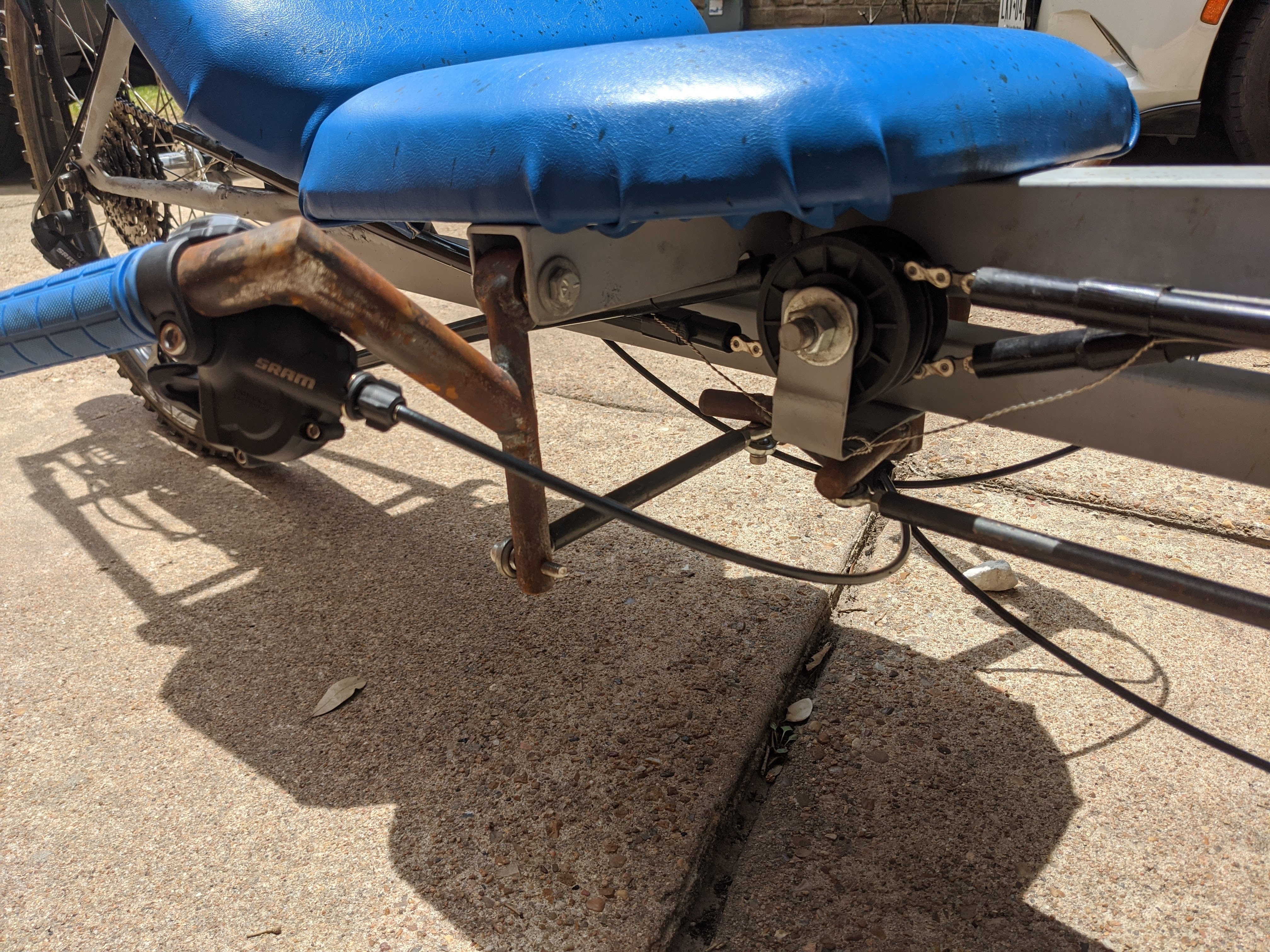 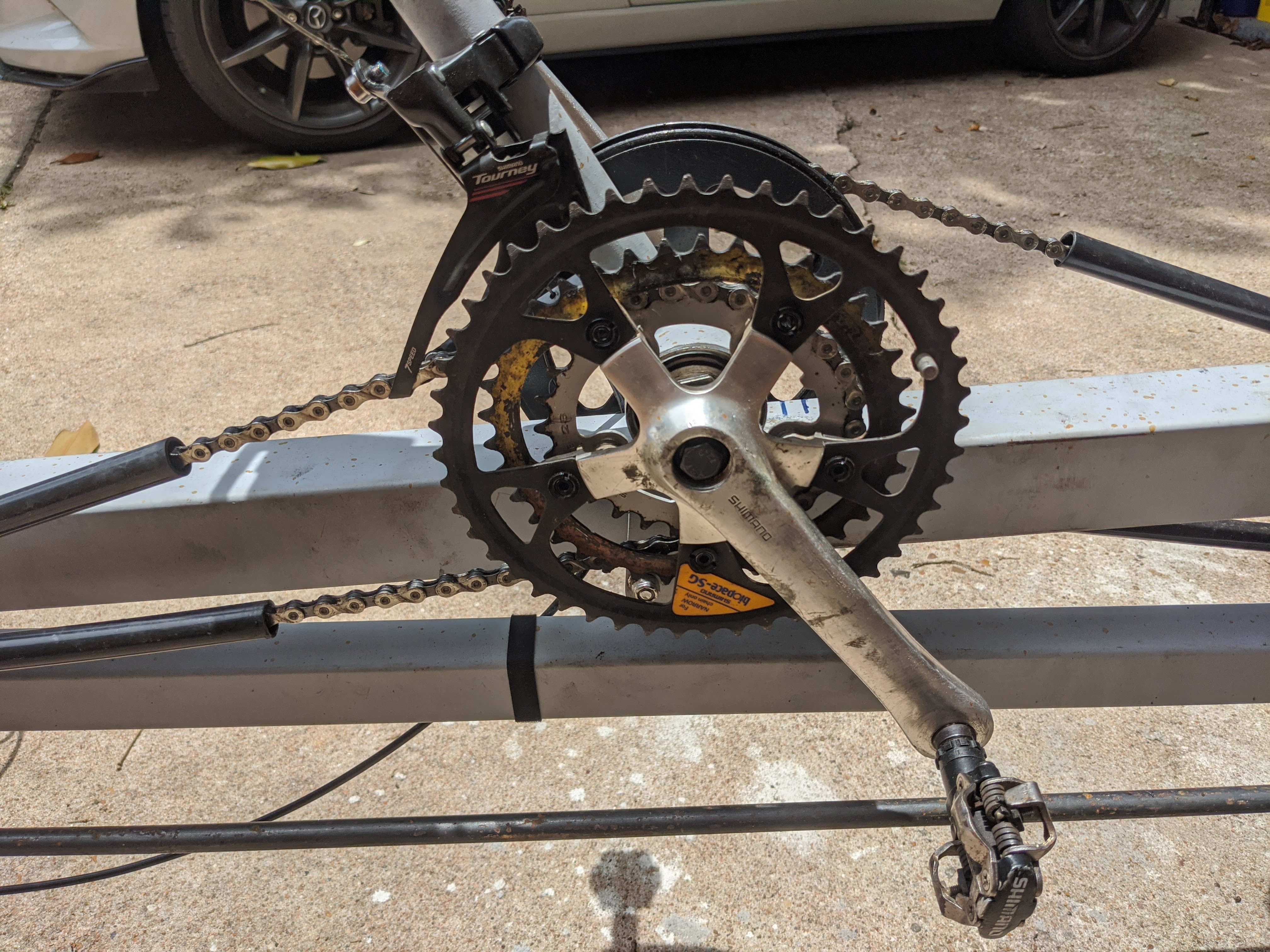 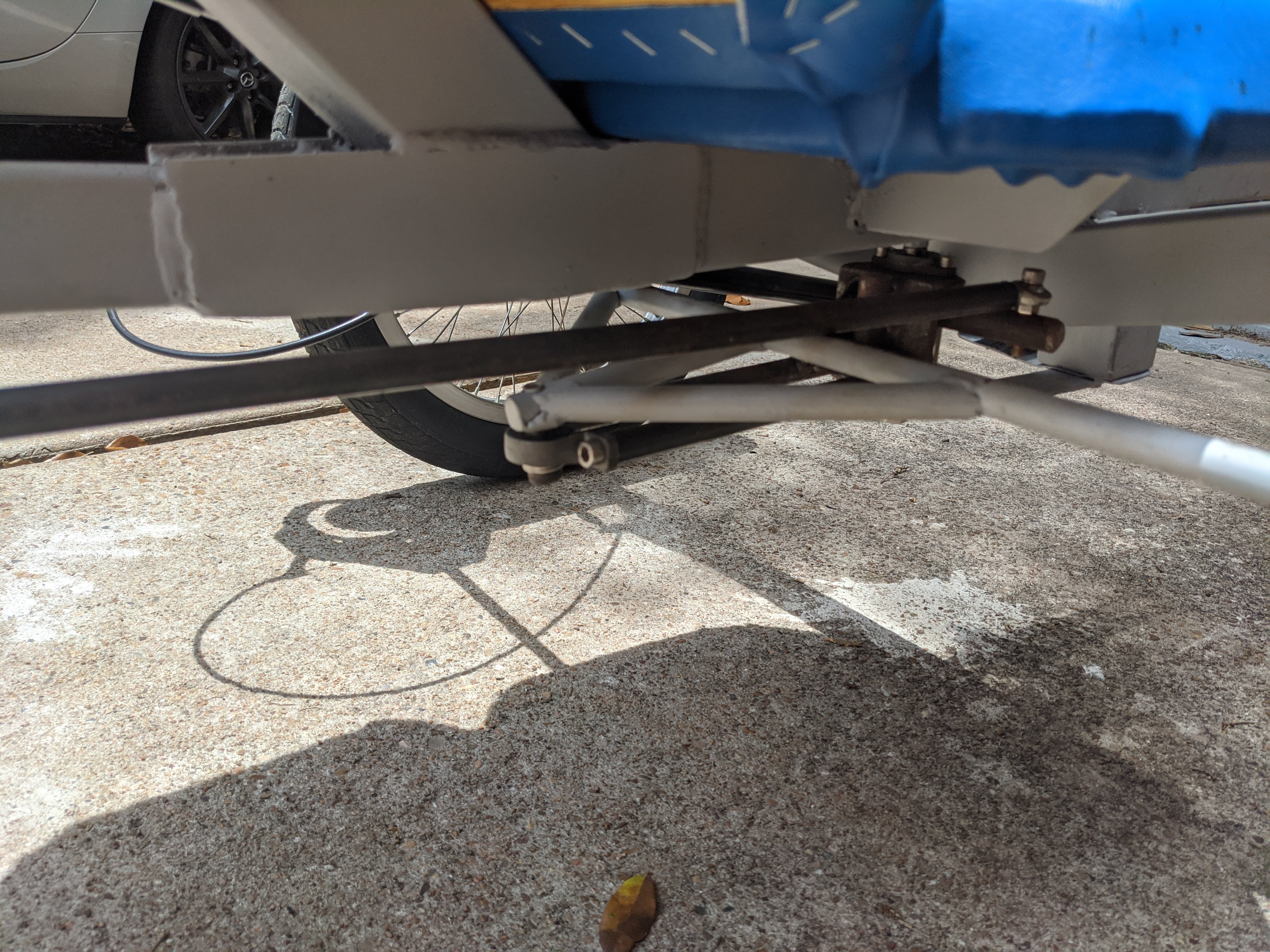 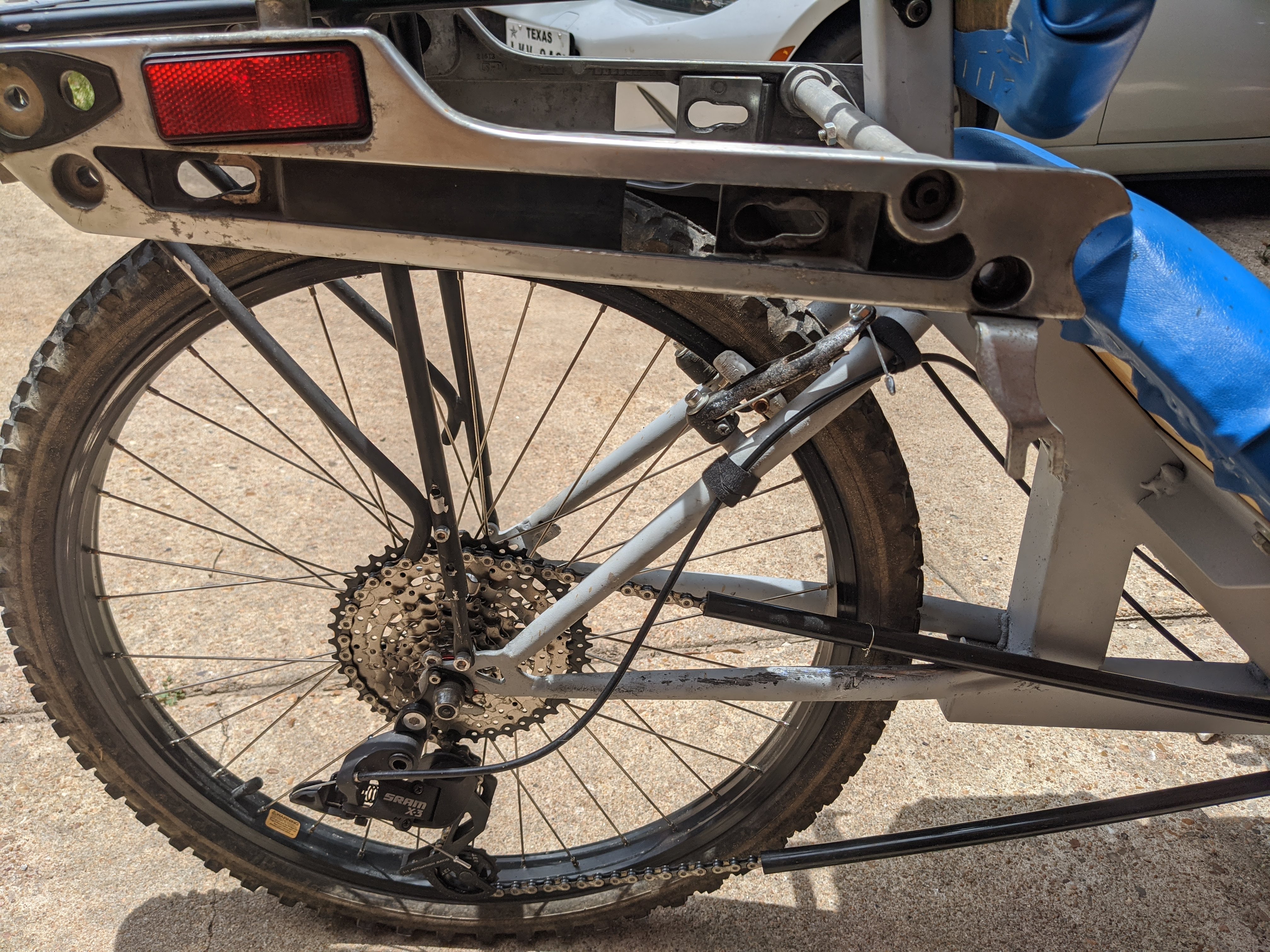 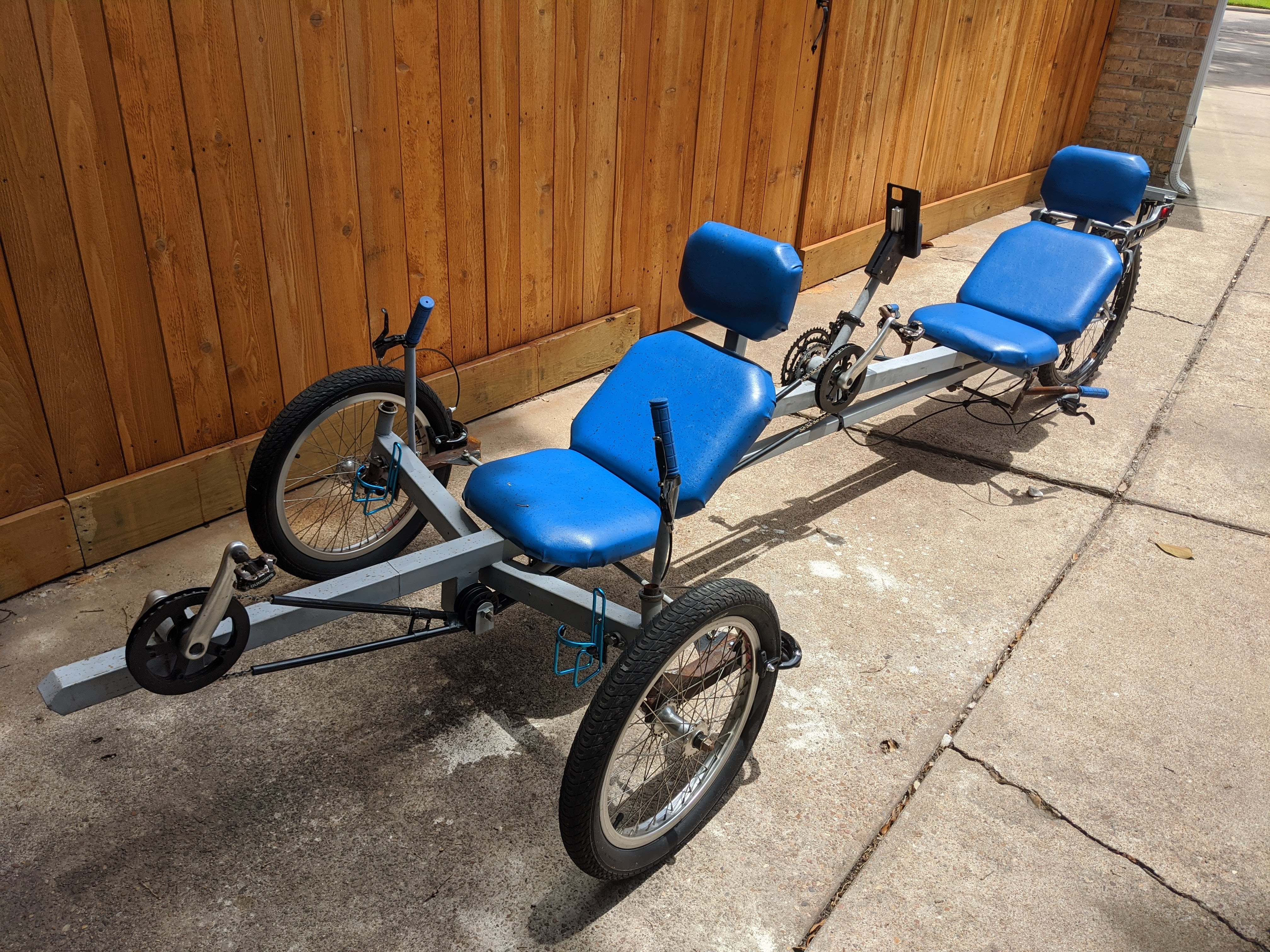 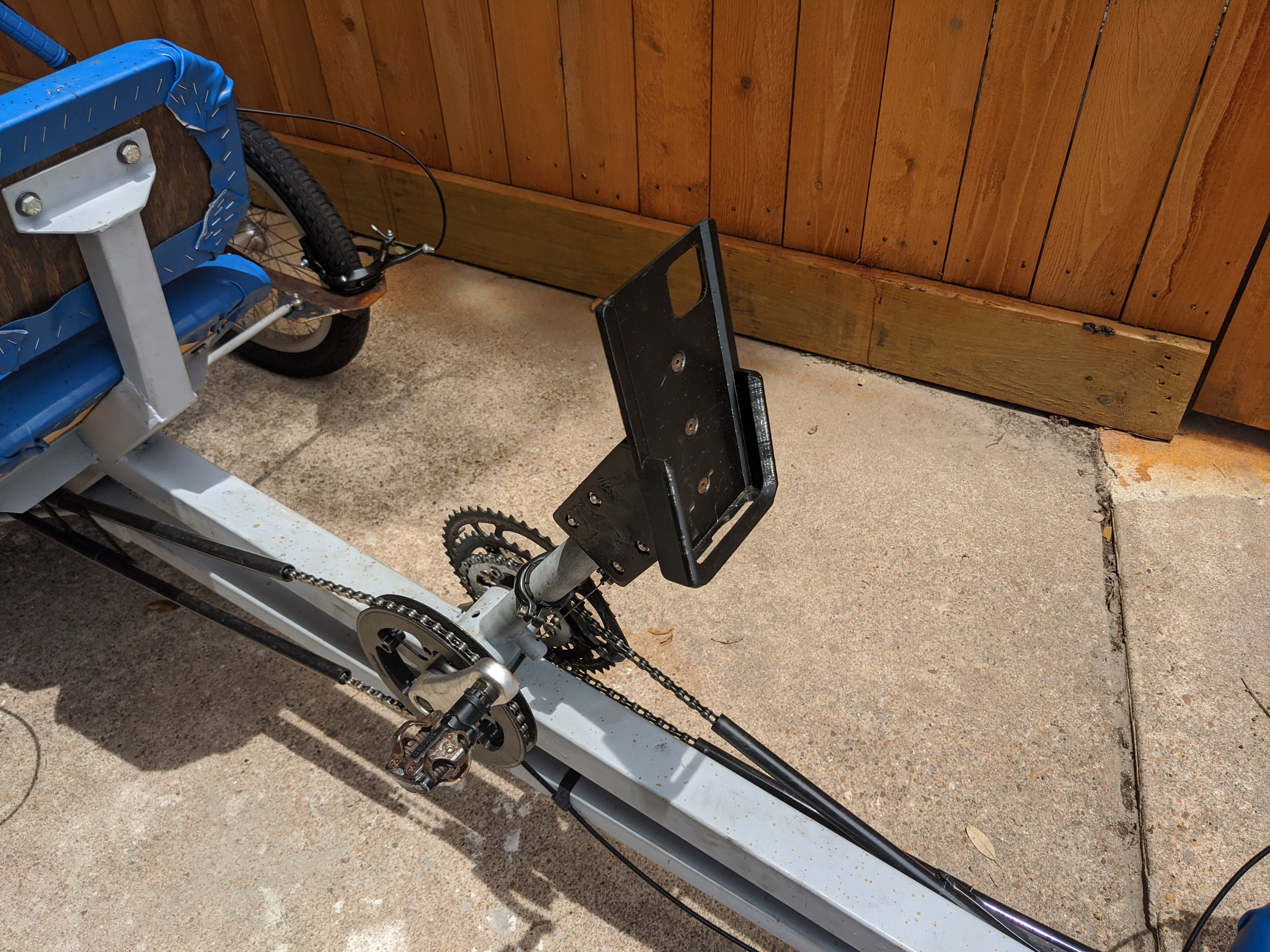 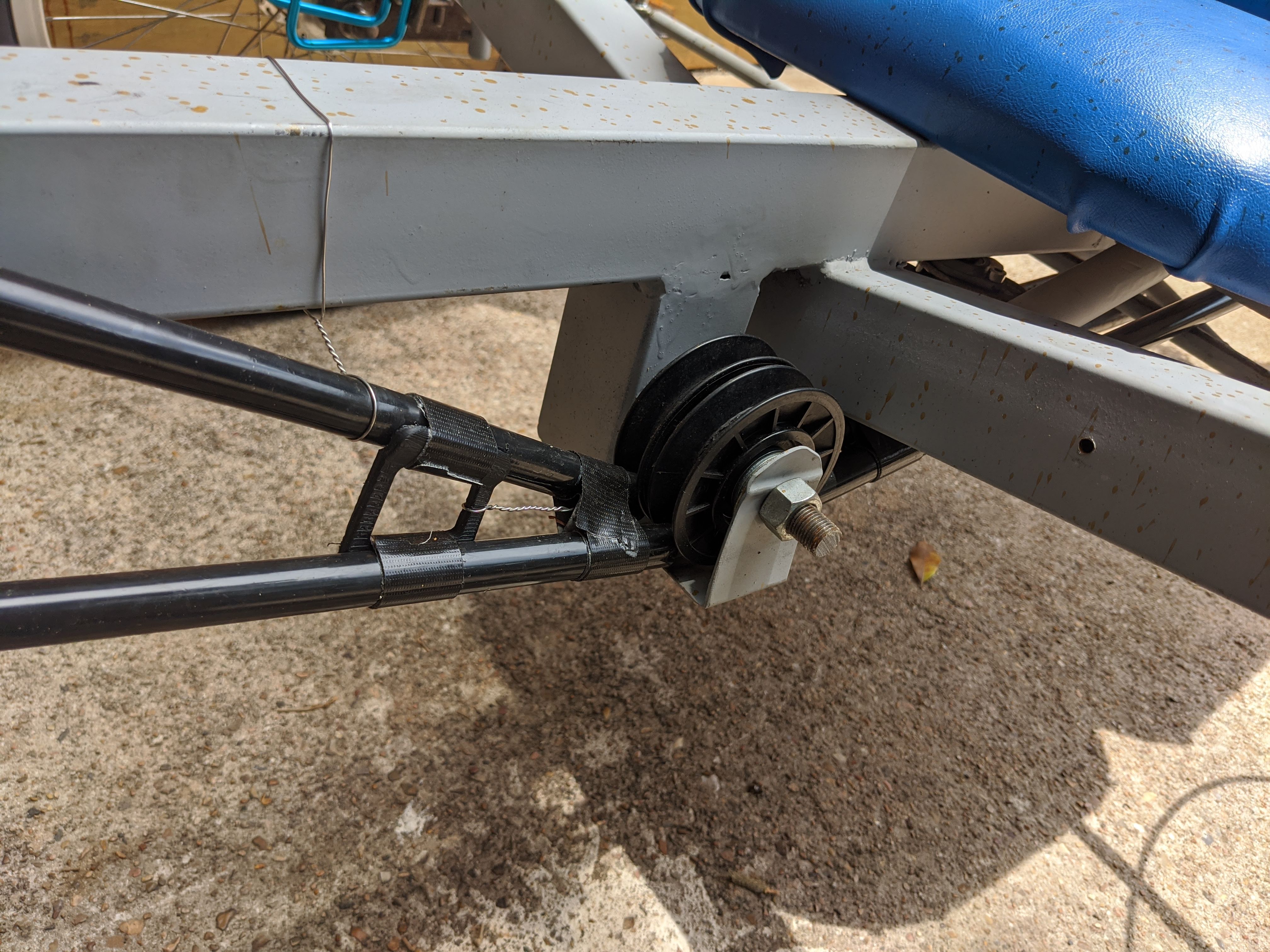