I've ordered a pair of 20mm MTB hubs and have used an online calculator to work out the appropriate spoke length.

But, reading through the forums, I see that others have done their calculations using different assumptions to my own ... 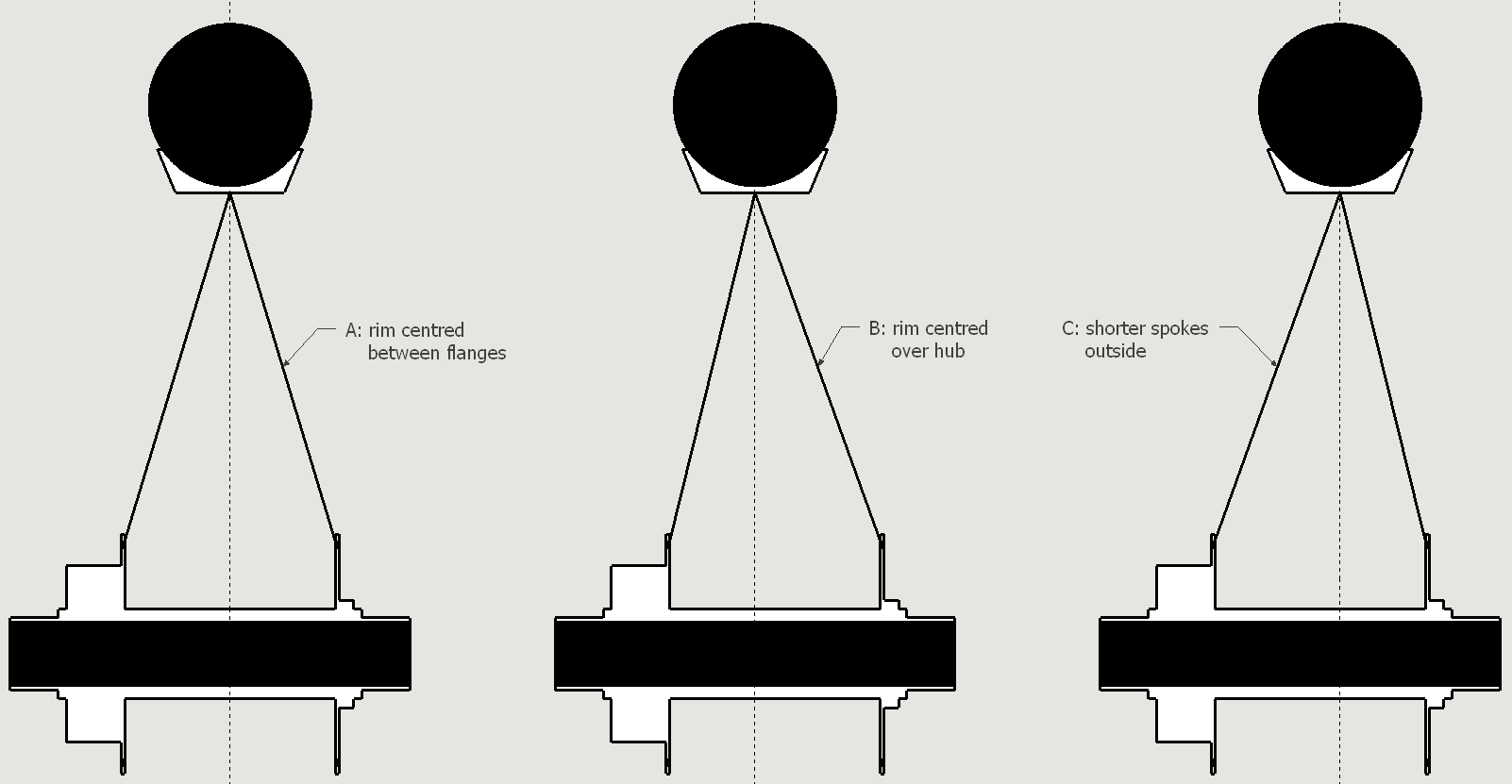 I assumed the rim would be centered between the flanges (as per "A" in the image above).

Other forum posts (of course, I can't find them now!) show calculations based on the rim being centred over the entire hub (as per "B") ... the way they would be laced up to mount on a mountain bike (so that the rim is in the centre of the forks). This option has shorter spokes on the side of the wheel with the disc brake.

But we don't have forks to worry about.

Are people choosing this "because that's how it would be done on a mountain bike" or "because it's better that way on a tadpole trike"?

Thinking about it, I think it is better to have longer spokes on the outside of each front wheel (as others have done) ...

So, should the rim be moved inboard even more?

I would have said that IF you are using rim brakes then the rim needs to be centred in-between the frame dropouts so the brake caliper is evenly spaced.
If you are using a disc brake then maybe it doesn't matter so much.

There is a good 6mm of "dishing" play usually available through slackening/tightening spokes on each side even if the spokes ordered are the same length for either side.

Wheelpro is a very good book on building wheels (available on line).