Glad the pic showed up at last thanks Popshot and Paul.

Yes the Pod is certainly an odd shape. I think you're right that something drastic needs doing to make it practical to get in and out. I'm not sure how workable a pedal system would be but it would mean a whole lot of work. I did manage to sort out a chassis using the quadbike front and moped rear but the driving position was certainly not what you'd call comfortable. My head ended up wedged in the top between roof and back panel and knees squished into a tunnel between the A-arms with steering column between them. Not really enough room up front for a decent suspension as the original used an odd system borrowed from the old Messerschmitt bubblecar design using tiny wheels.

Alan Hitchcock, the seller had one that had been issued a registration way back but wanted a lot more money for it. If I'd known the problems of getting one registered I'd have bought that one instead. He sold it to a chap from Norwich area and I contacted him but not sure if he actually managed to get his running on the road.

I'll put mine up on ebay at 99p start I think. Better give it away than leave it out in the garden where it is now. If it sits there much longer my wife will decide it would make 'an interesting planter'.

Using state of the art complete guestimation based on what little I could compare to the Church pod, in particular known tyre sizes I estimated that a toe to heel pedalling space would be something equal to this hence my thoughts for a linear pedalling system to keep within the body. Electrifying it, and given linear pedalling's wasteful motion that would be wise, would mean some extra effort in making the PAS work too. 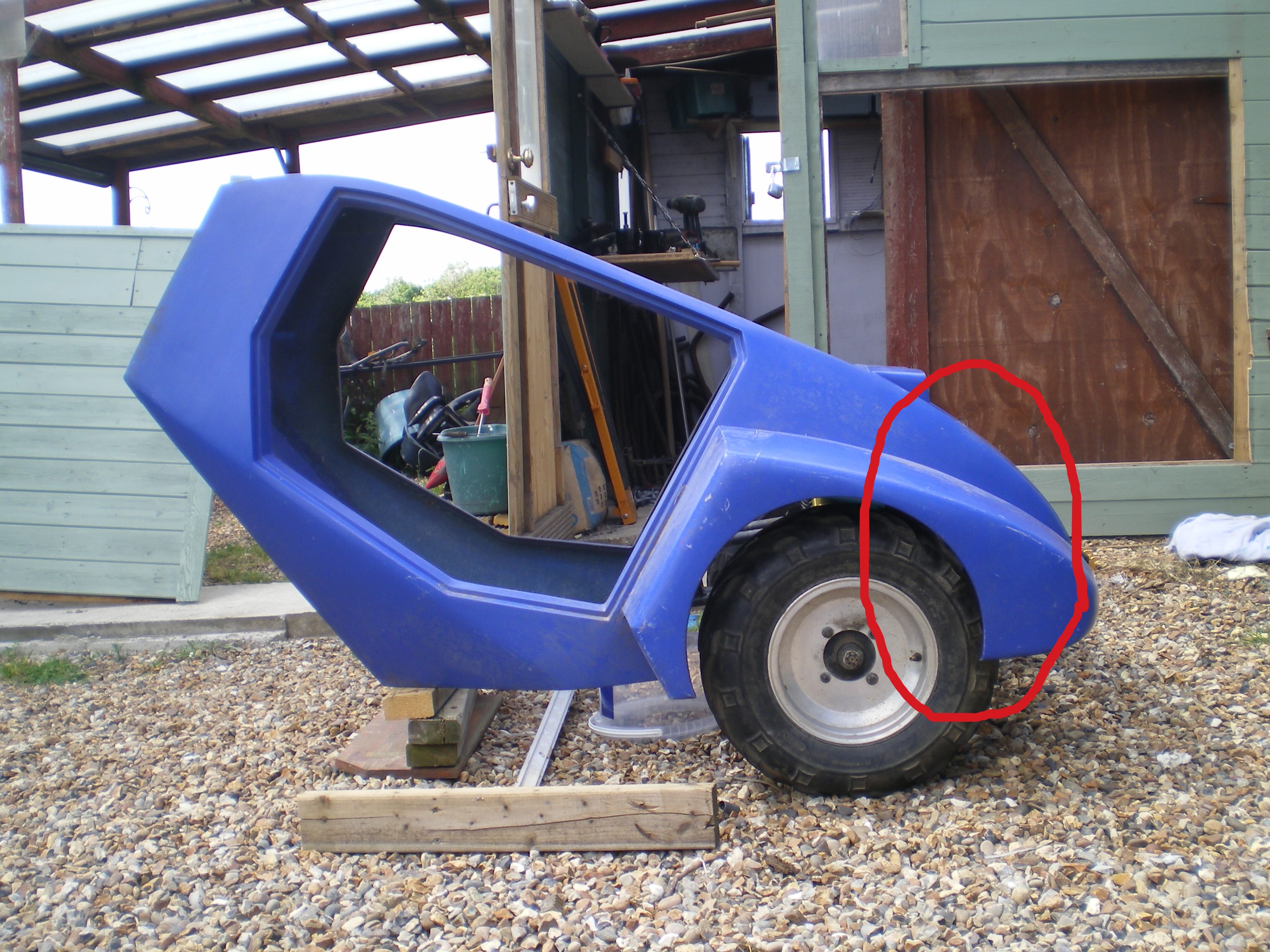 Yes the furthest forward I would imagine you could spin a pedal crank would be about level with the front of the screen base as the body stands and that would probably mean knees hitting your chin with each stroke.

I did think that perhaps the rear lower and upper panels could maybe be shifted backwards to allow the rider to sit much further back and hence have more legroom. I have added a stunningly artistic interpretation of what I mean which you will doubtless appreciate!! Even then I think arranging comfortable pedaling could be a problem. All in all anyone taking on a HPV conversion of this body would be a braver man than me for sure. So......... I'll get the bits ready and you can pick them up whenever you like 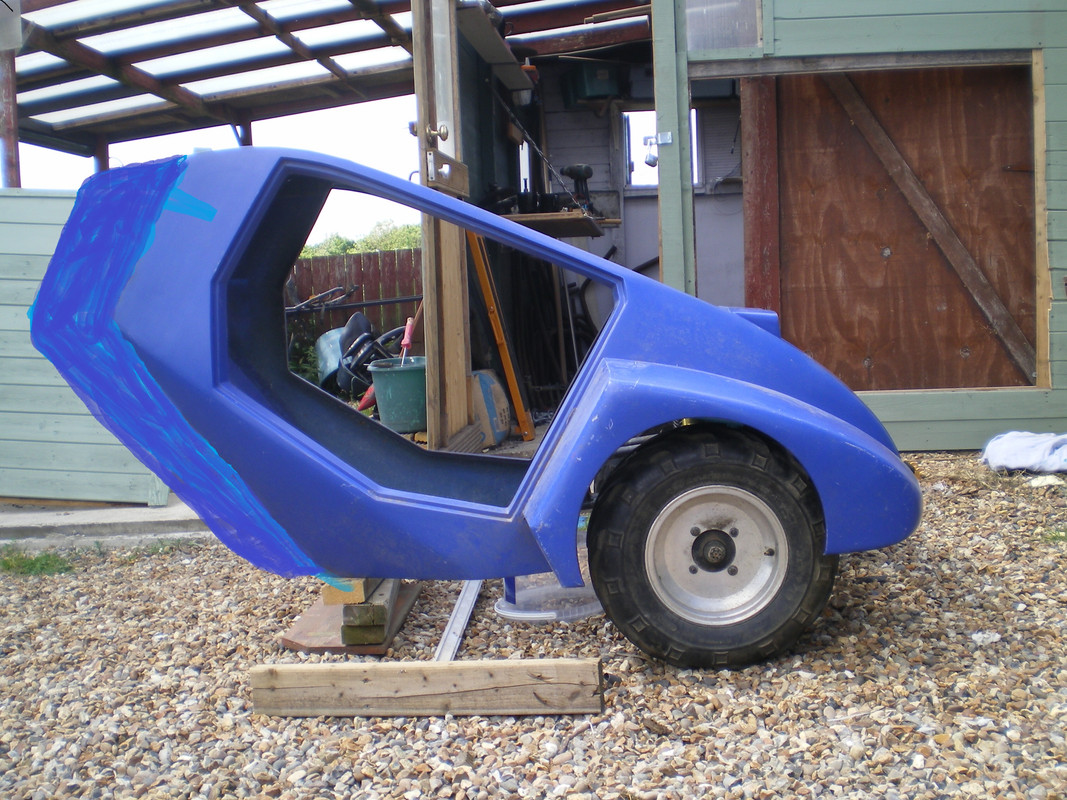