What about a "Jokes" thread? - I will start.

Buddy Hacket was referenced as being the originator of a Neil Armstrong story. Johnny Carson regarded Buddy Hacket as the funniest man alive. He looked funny; he talked funny; he walked funny; heck, even his name was funny. Mr. Hacket claimed the following was the "cleanest" story he knew.

One day a woman went into a dentist's office complaining of a toothache. After the X-rays came back, the dentist informed her she was going to need a root canal.

"Well, which will it be, lady?" asked the dentist. "I have to adjust the chair."
Enjoy
Ed

It is funny to watch.

I must thank you again Danny for this idea. I started one on our local Nextdoor.com website and it has taken off like wildfire.
So many people laughing, crying, and submitting their own jokes.
I've posted some of theirs here.

Here is a couple...hope their not repeats.

"Barkeep, why are there pills glued to the top of the bar seating?" "Oh, some people complained that our seats were too hard. Those are stool softeners."

A woman calls the vet about her horse... when the vet diagnosis the horse he tells the woman that the horse will need to be given 2 pills a day rectally. He takes a straw shows the lady how and tells her to try with the second pill. The lady flips the straw around to deliver the pill while the vet is staring at her and she says... "I'm not putting my mouth on the same end you did."

A bus full of housewives going on a picnic crashed with no survivors. Each husband cried for a week, but one husband continued for more than two weeks. When asked he replied miserably, "My wife missed the bus."

A man who had just undergone a very complicated operation kept complaining about a bump on his head and a terrible headache. Since his operation had been an intestinal one, there was no earthly reason why he should be complaining of a headache. Finally, his nurse, fearing that the man might be suffering from some post-operation shock, spoke to the doctor about it. "Don't worry about a thing, nurse," the doctor assured her. "He really does have a bump on his head. About halfway through the operation, we ran out of anesthetic."
Enjoy
Ed 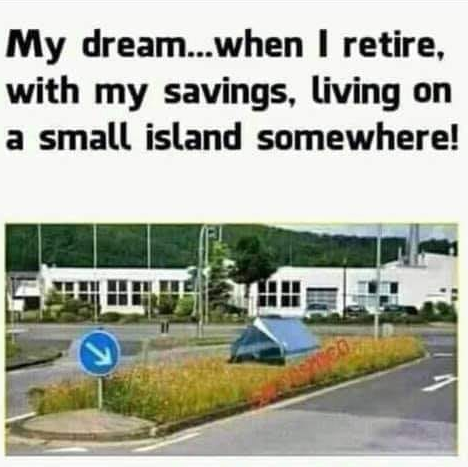 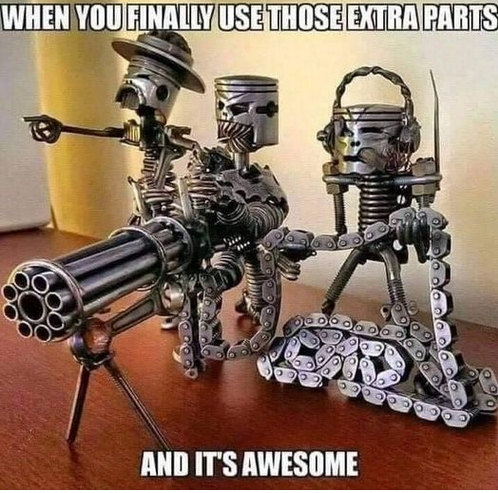 Hey! it's early a.m. and I have nothing better to do.

Wife: Do you want dinner?
Husband: I don’t know. What are my choices?
Wife: Yes or no.

My girlfriend asked me if I ever wanted to get married.
Apparently, “when I meet the right girl” was the wrong answer.

My boyfriend asked to play doctor.
I kept him waiting outside the bedroom door for an hour.

I asked my girlfriend which she liked better, my face or my body?
She said, “Your sense of humor.”

My husband told me I was rude for yawning when we were arguing.
I told him I wasn’t yawning, I thought it was my turn to speak.

How do you keep your husband from reading your emails?
Label the folder, “Instruction Manuals.”


An Irish fellow in New York turns to the gentleman next to him....

“Well hey there friend! Where do ya hail from?”

“No kidding! I’m from Ireland myself! What part of Ireland?”

“Grew up in Wexford.”

“Wexford?! No kidding! I grew up in Wexford myself!”

“Well what are the chances of that?! Say, what secondary school did you go to?”

“I went to St Peters Secondary”

Well as these 2 guys are just flabbergasted at the chances of this meeting, another guy at the end of the bar is watching curiously. He calls over to the bartender & asks “hey what on earth is going on over there?”

It's been 12 months of self-quarantine and it really breaks my heart to witness my wife Luci, standing at the living room window gazing aimlessly into space with tears running down her cheeks...

It's really hard to see her like this and I keep trying to cheer her up...

I even considered letting her come inside, but rules are rules!
Enjoy
Ed

An explorer spent weeks scouring the jungles of Skull Island, hoping to see the legendary King Kong. One day, when he was all but certain that it was nothing but a myth, he came to a clearing - and right there before him, sitting pensively, was the imposing figure of King Kong... The explorer glared at King Kong in awe and approached him slowly. King Kong seemed to be quite passive, so the explorer slowly reached out and shyly touched him. But as soon as he made contact with the gorilla’s fur, King Kong went berserk. He immediately rose to his feet, began beating his chest, and roared mightily.

As the explorer ran for his life, King Kong set off in hot pursuit. Instinctively the explorer headed for the heart of the jungle, hoping that he might be able to hide from his manic pursuer, but wherever he tried to conceal himself, King Kong always managed to find him. As night began to fall, the explorer prayed that he would be able to lose the gorilla in the darkness but no matter how fast he ran, the sound of King Kong’s pounding footsteps was just behind him. For three long days and nights, the explorer ran through the island, with King Kong always close behind, occasionally letting out a menacing roar from his vast throat.

Eventually, the explorer reached the coast. There were no ships in sight for an easy escape, so he realized the only option was to dive into the sea and hope that King Kong couldn’t swim. But to his horror, the gorilla jumped in straight after him and demonstrated an excellent front crawl. On and on they swam across the ocean, rarely separated by more than a few waves, until four months later the weary explorer arrived in Brazil. He scrambled ashore with as much energy as he could muster, only to see the mighty King Kong right behind him, still beating his chest ferociously and with steam billowing from his nostrils.

Through the streets of Rio, they stumbled, explorer and ape equally exhausted, until the explorer took a wrong turn and ended up down a dead-end, his escape barred by a huge wall. With nowhere left to run, he sank to his knees in despair and pleaded to King Kong: "Do whatever you want with me. Kill me, eat me, do what you like, but make it quick. I can't run anymore!" King Kong slowly stalked over to the cowering explorer, extended his giant paw, then gently touched the man and roared: .... "tag, your it"
Enjoy
Ed