Radical Brad said:
I will add this to my blog if I continue to have lockdown Sunday fun!
Click to expand...

Where is this blog?
I have no understanding of what any of this is, but it sounds like quite an interesting bicycle.

You can take a well deserved pride in that Dan.

Popshot said:
You can take a well deserved pride in that Dan.
Click to expand...

All afternoon on the "Garden of Eden" project at the house of one of my son's.
Mr. Robin has enjoyed feasting on all the goodies that get exposed. Before I even got there today another 8Yd skip had been 1/2 filled.
We filled it completely and then some (in excess of 10 Ton), and it was collected and another one delivered. This will be the 3rd Skip on this project so it is likely that we will have removed over 20 tons of rubble and assorted bricks/pavers.

The mini digger has been a godsend at digging out loads of bricks, rubble etc. etc.
One more day of digging, levelling etc. and then the garden reconstruction can begin. The plan is a new patio, all new fencing and a new lawn.

This retired lark is a full-time job. 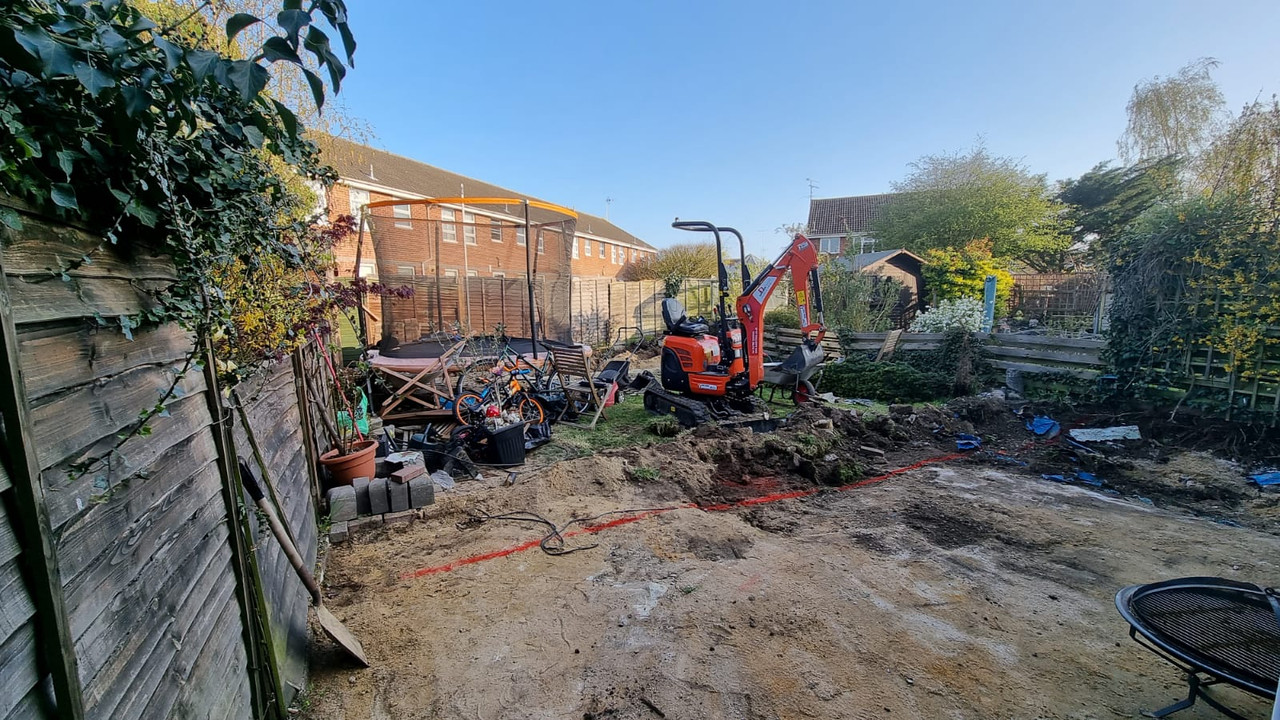 The garden fencing is finally completed. 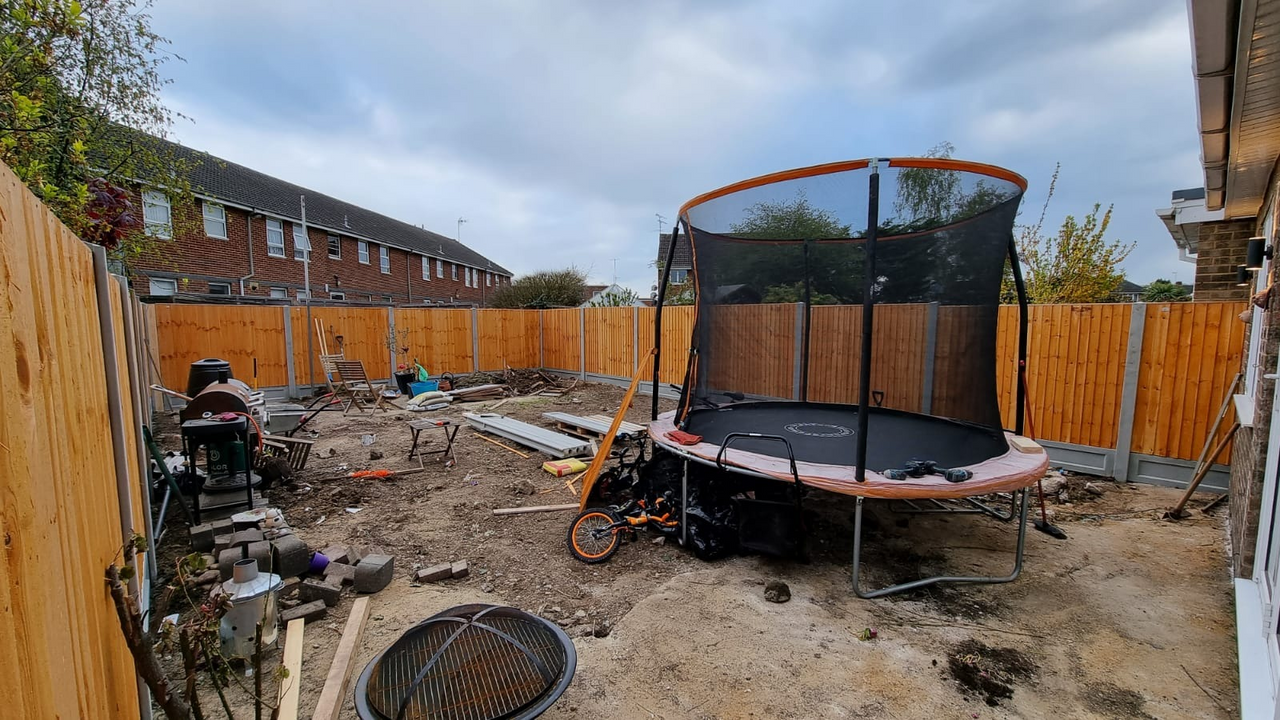 And you survived it ?

And you survived it ?

Another day of toil in the "Garden Of Despair". From about 11AM for me.
After looking at the state of the ground where the patio will eventually be it was determined that it was so random in its construction and make-up that in fact it would need to come out completely.
We also now know why the garden flooded when it rained heavily. A previously poorly installed drainage system that was all silted up.
No Mech-aids, just a sledge-hammer and a large wrecking bar. All the concrete, bricks/breezeblock and random wood and broken glass was removed and only "Type 1" bits left behind.
Finished at about 17:30. We are now at least 2 brick courses lower and a 6 Yd skip has been filled by me and Tom.
My knee is really upset with me, so I shall take a day off and do stuff at home instead tomorrow.
Here's a couple of pictures (part done, and at the end).
Still alive to tell the tale and Tom says I am as much of a beast as he is. Praise indeed.

Today I did some stuff at my place in preparation for the plasterers to come and do their magic on the 10th.
The new Window-Sills/cills are trimmed to fit and ready for fixing in place.